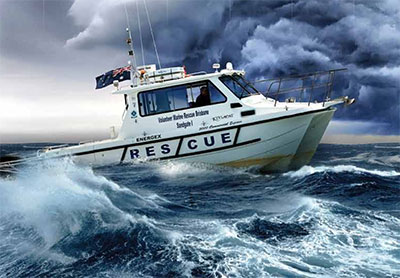 Assistance is available in emergency and breakdown situations. 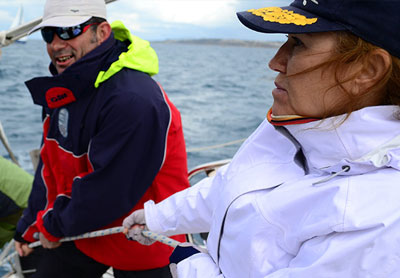 You can make an important contribution to the boating community. 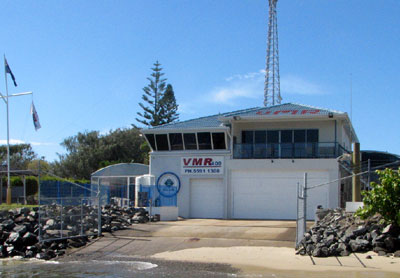 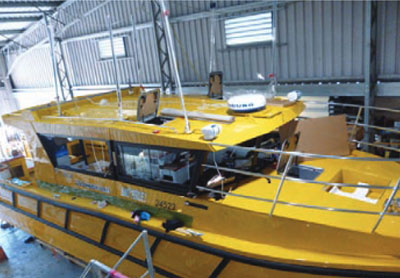 Your donation makes a difference - help our volunteers save lives.

Providing volunteer marine search and rescue services to the boating public across 2,700km of Queensland coast

VMRAQ has 25 affiliated Squadrons located throughout the State of Queensland, Australia and these Squadrons provide marine search and rescue services to the boating public on a volunteer basis.

Operating in tropical & sub-tropical waters, our Squadrons extend from the southern Queensland border, to the remote Gulf of Carpentaria, Thursday Island and Torres Strait region, over 2,700km to the north.

Our organisation relies on donations from people just like you to help us provide vital marine search and rescue services to the Australian boating community.

What To Do In an Emergency

All mariners should have a plan in case disaster strikes.

VMR members qualify for the National Medal if they have been actively involved in marine rescue and / or previous activity in defense or police forces for a combined period of at least 15 years. Potential for exposure to psychological trauma is another qualifying requirement.

VMRAQ President, Graham Kingston, said that Charles’ service at VMR Mackay as an active crew member, skipper, trainer and assessor was an impressive record towards the awarding of the medal. Charles also recognized the support from VMR members at Mackay who made his service possible.

Many people don't realise that VMR squadrons are actually charities and that for many, government funding amounts to about 15% of their total operating cost. They fund-raise the rest themselves. This story highlights the incredible pressure squadrons are under just to provide this life-saving service. Yet they still turn out to every job.Family Fishing Classic 2021 CANCELLED. Unfortunately we are unable to host the Family Fishing Classic for the 2nd year running. It was a difficult decision to make however the sourcing of our major prizes as well as Covid restrictions at the site prevent us from holding it. This is a real blow to VMR Bundaberg as this is our major fundraising venture and its a lot of fun and to miss that funding 2 years in a row is a real blow. Its like 30 knot winds and 3m seas two years running. We are attempting to source some major prizes and hopefully will be able to hold a major raffle of some sort in the not to distant future. Watch this space and I hope you will still be able to support us. Photo is what the first 10 years of the Fishing Classic bought us. The new Bundy Rescue alongside the smaller Bundy Rescue. 2nd photo is what our next vessel might look like if we cant raise funds. ... See MoreSee Less

VMR 448 Mackay1 Unmanned Vessel Tow and 1 Electrical Failure Tow for DBCT Rescue 6: Saturday afternoon VMR Mackay was tasked by QPS Water Police to retrieve a unmanned 3.4m boat that had been reported floating near Dangerous Reef, 2.5kms from Mackay harbour. After retrieval of the vessel and finding identifying marks, QPS confirmed it was the Tender to a larger vessel which had lost its dory 6 days prior, while also being assisted in rough weather near Townshend Island (180km’s South of Mackay). Welcome news confirming there were no missing persons. Immediately following, VMR Mackay was activated to tow in a 4.9m powerboat with battery failure while fishing on the Western side of Flat-top island, only another 2.5kms from the unmanned vessel. Thanks to Mike in the Radio room, Roy & Geoff (Skippers) and Mark, Ben and Daryl (Crew), with both tows being done in Dalrymple Bay Coal Terminal 6. ... See MoreSee Less