Volunteer Marine Rescue Southport Surfers Paradise (VMR Southport) was originally formed as Southport Surfers Paradise Air Sea Rescue in 1969. The initial aim for this enthusiastic group was to assist boaties and fisherman in crossing the notoriously dangerous Southport Bar. Based on the Southport Spit overlooking the Gold Coast Broadwater, and with the Gold Coast Seaway just around the corner, VMR Southport’s Base is conveniently located to allow a rapid response to any emergency in the marine environment.

The protection of life and property at sea are the main aims of this highly trained, volunteer community service Organisation. With modern 21st century skills, facilities and state of the art equipment, VMR Southport – VMR400 is proud to be a leader in providing exceptional marine rescue services.

This Squadron operates 24 hours / 7 days, has in excess of 120 Active Members, operates 4 fully equipped Rescue Vessels, preforms in excess of 800 activations per year and uses approximately 50,000 litres of fuels per annum

The type of activations that are undertaken by VMR Southport range from ungrounding vessels from rocks and sandbanks, towing broken down vessels, and pumping out sinking vessels, through to assisting the Queensland Water Police in Search and Rescue situations and providing transport to Queensland Ambulance Paramedics in times of marine accidents and medical emergencies.

VMR Southport also supports the Qld Ambulance Service in the First Responder Program by having seven Active members trained in the program. This Rescue Base is also a storage facility for Queensland Fire and Emergency Service marine firefighting apparatus, and the Squadron can be called upon at any time to provide assistance. 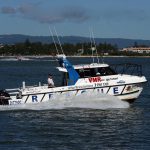 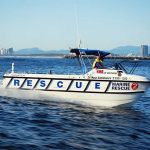 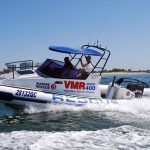 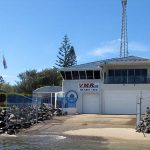 Location
Get Directions
Back to Location Map
Go to Top